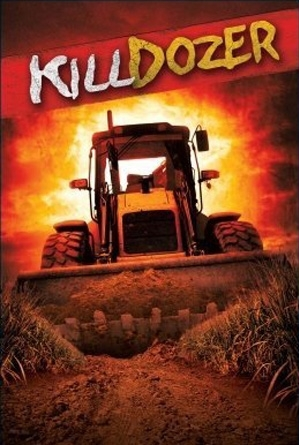 A 1974 ABC Made-for-TV Movie starring Clint Walker and Robert Urich, based on the radical "man vs. his machines" theme that hit big and hard in the '70s and '80s.
Advertisement:

Adapted from a 1944 short story by Theodore Sturgeon, it concerns a group of construction workers on an uninhabited island off the coast of Africa, setting up an airstrip for an oil drilling operation. One of the crew's bulldozers becomes possessed by an alien life force after its blade strikes a long-buried meteorite. The possessed dozer then takes it upon itself to hunt and kill the workers.

Not to be confused with the Killdozer, the vehicle involved in a real-life rampage at Granby, Colorado in 2004.