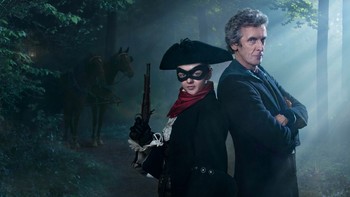 "People like us, we go on too long. We forget what matters. The last thing we need is each other."
Click here to see the Radio Times magazine poster for this episode: 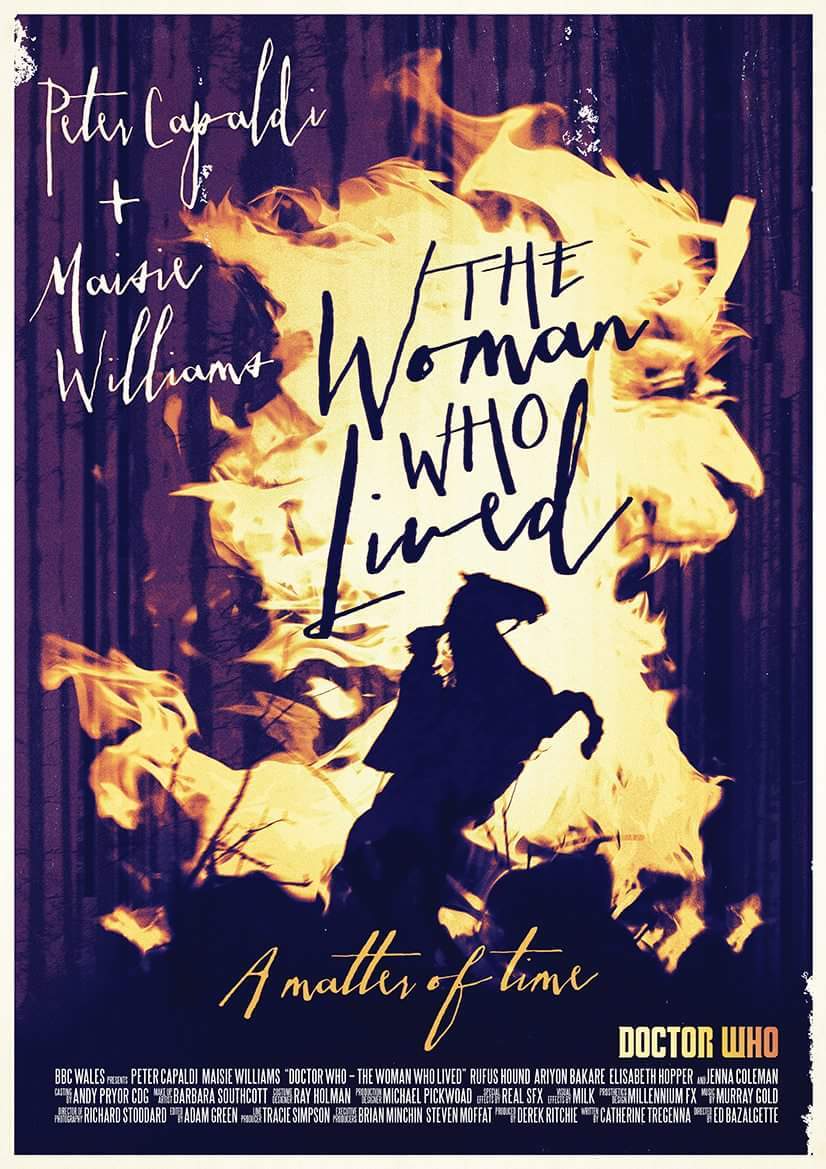 The Knightmare is on the loose!
"You didn't save my life, Doctor, you trapped me in it."
— Ashildr/Me
Advertisement:

The one where the Jack Harkness treatment is gender-inverted.

And as a result, the victim subjects herself to the Doctor treatment... detaching herself from everything and discarding her real name.

England, 1651. A carriage is travelling along a road in a forest at night, when it is accosted by a highwayman on a rearing black horse — the infamous Knightmare.

At the same time, the Doctor arrives in the woods. He's looking for some kind of alien artifact, and he has a gadget to detect it. It's somewhere nearby.

The Knightmare demands the valuables of the carriage's passengers, especially a particular amulet that the young woman in the carriage, Lucy Fanshawe, especially treasures. As the valuables are being handed over, the Doctor suddenly appears, scanning for that alien artifact. The Knightmare is not pleased that someone is interfering in his robbery, and even less pleased that the Doctor doesn't even realize that there's a robbery going on at all. The carriage takes the opportunity to escape, making the Knightmare even more annoyed. The Doctor, having realized that the person he's talking to is a robber, is also frustrated, because he didn't get what he was looking for either — something called the Eye of Hades.

It's at this point that the Knightmare reveals something that catches the Doctor by surprise — "he" is actually a "she", specifically the immortal Ashildr. She takes him to her house, where she has artifacts from her eight hundred years of life, and hundreds of diaries to compensate for the limited space in her brain. She doesn't even remember her original name anymore, and has taken to calling herself simply "Me". The highway robbery is to stave off boredom.

The Doctor doesn't know it, but she's so desperate to get off Earth that she's teamed up with an alien who's promised to help her leave, no matter what the cost...