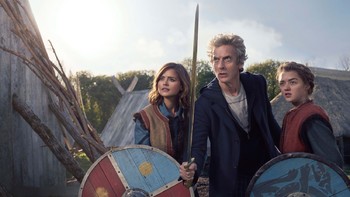 "Winning is all about looking happier than the other guy."
Click here to see the Radio Times magazine poster for this episode: 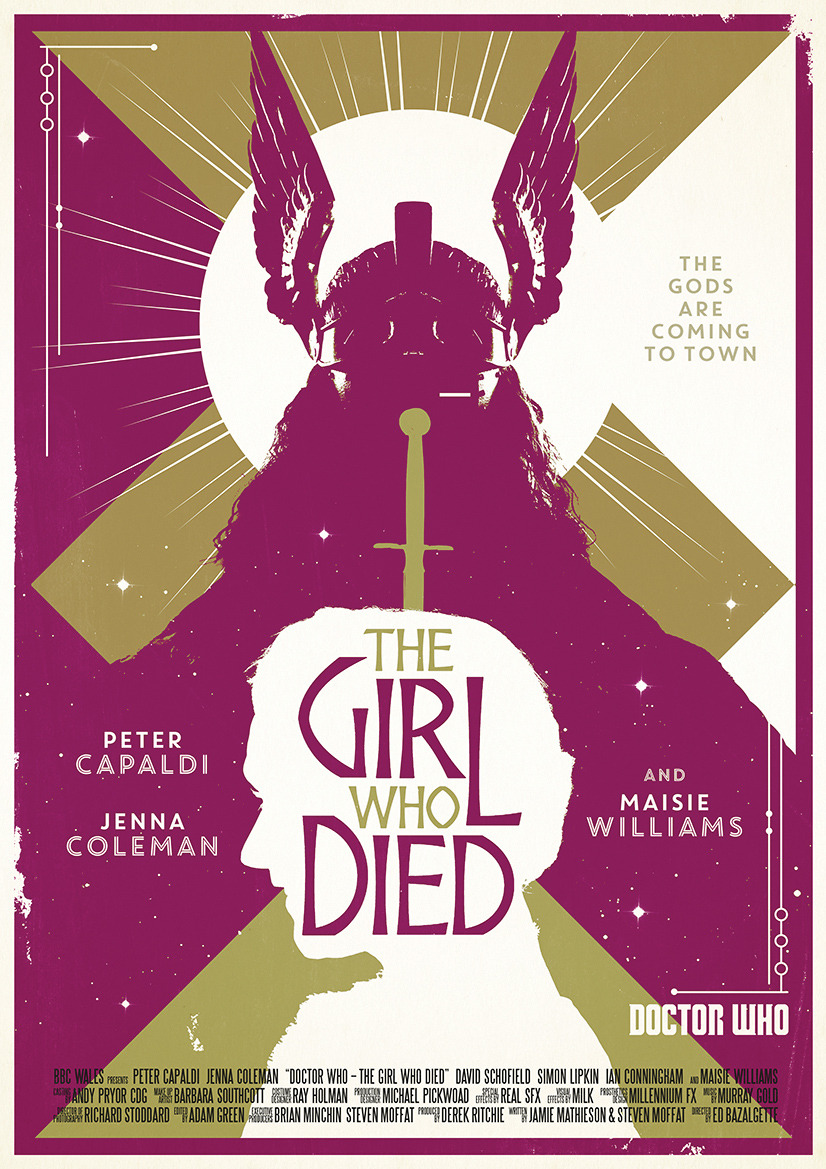 More specifically, one god named Odin. And no, it's not Anthony Hopkins.
"There's going to be a war tomorrow. And here's some news, this just in — we are going to win the hell out it!"
— The Doctor
Advertisement:

The one where Twelve has an epiphany and realises where he got his template from, a cast member from Game of Thrones guest stars in a role that isn't too far removed from her element and the baddies are pantomimed offstage to Yakety Sax.

Written by Jamie Matheson and Steven Moffat. An official summary can be found here

Clara's stranded in deep space, with a love sprite in her spacesuit, after an adventure at the spider mines. The Doctor rescues her, as you knew he would — he just had to finish luring an enemy fleet halfway across the universe and draining their power. After he's stomped on the love sprite, killing it, he lands the TARDIS in a forest so he can wipe his shoe off on the grass... only for him and Clara to be surrounded by a Viking raiding party.

The Doctor attempts to intimidate the Vikings by informing them of the extremely advanced technology making up his sonic sunglasses. The Viking leader plucks them off his face and breaks them in half.

Advertisement:
The Doctor: Clara... we're going with the Vikings.

Three days later, they arrive at the Vikings' village, Clara still wearing her spacesuit (sans helmet). The raiders are welcomed home, and the Doctor notices a teenage girl who seems oddly familiar, somehow... anyway, he's slipped out of his handcuffs, and he attempts to persuade the villagers that he's Odin via a yo-yo he had in his pocket.

The Doctor is immediately upstaged by another Odin, who appears in the clouds, proclaiming that the greatest of the village's warriors shall dine with him tonight in Valhalla. A group of helmeted warriors teleport into the village, selecting warriors for transport. Clara gets the teenage girl, named Ashildr, to use half of the sonic sunglasses to undo her chains. This catches the attention of the alien warriors, and Clara and Ashildr are beamed up as well.

The village's warriors are killed for their testosterone by "Odin", who turns out to be a member of a warrior race called the Mire. Clara attempts to persuade him to leave, but Ashildr angrily declares that the Mire will pay for what they have done, and challenges them to come down and fight.

Now a small Viking village is at war with the most feared warrior race in the galaxy... so how can they win?

This is the first part of what is arguably the 100th story of the 2005 Doctor Who, continued in "The Woman Who Lived".