Western Animation / The Saga of Noggin the Nog 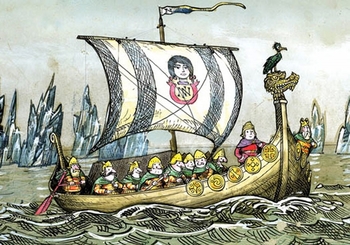 In the lands of the North, where the black rocks stand guard against the cold sea, in the dark night that is very long the Men of the Northlands sit by their great log fires and they tell a tale... They tell a tale of Noggin the Nog, the king of a land that strongly echoes popular culture's depiction of viking culture. Noggin the Nog is a shining example of British children's television which originally aired in 1959, but whose legacy has lasted for decades.