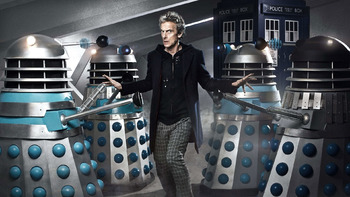 The Madman and the Psychopathsnote Who's who?.
Click here to see the Radio Times magazine poster for this episode: 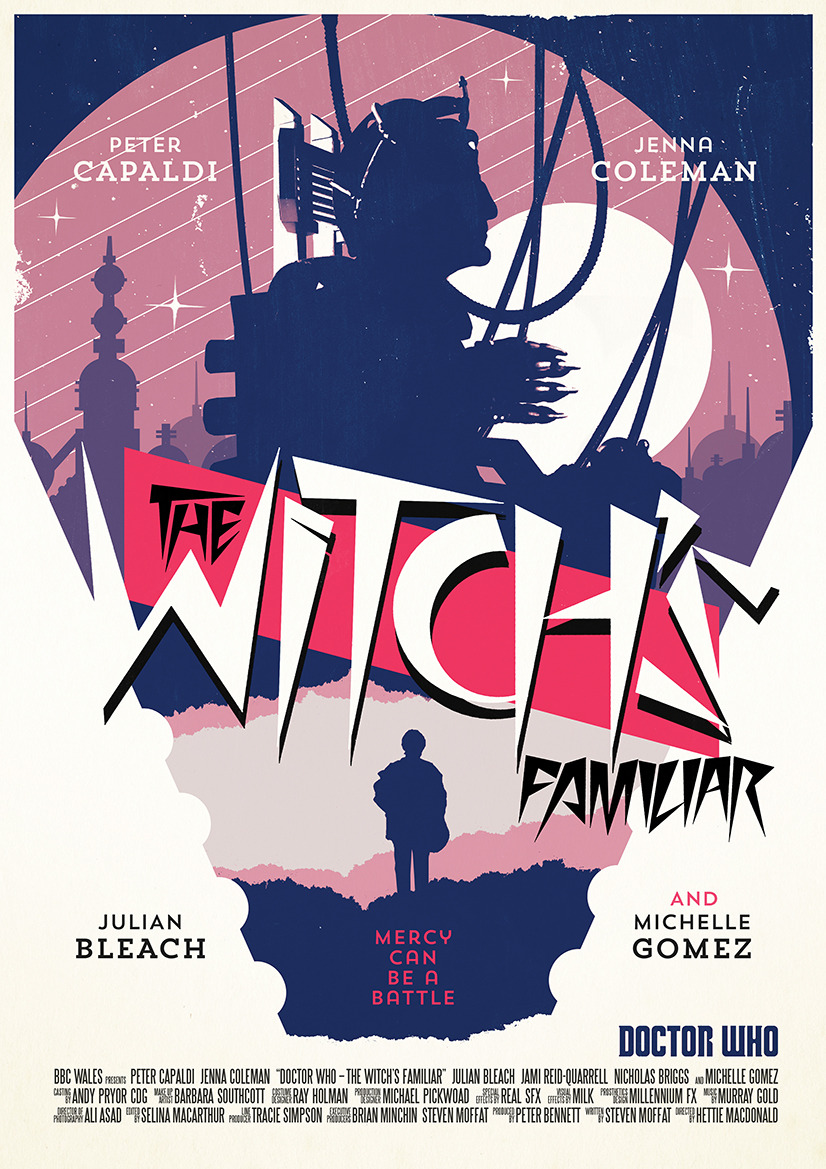 "I... show... mercy..."
"Genocide as a choice. Are you ready, Doctor? So many backs with a single knife. Are you ready to be a god?"
— Davrosnote The Doctor's already a god of rock; those words were wasted on him.
Advertisement:

The one where the Doctor steals Davros' chair.

Written by Steven Moffat. Part 2 of the opening two-parter of Series 9.

At the end of "The Magician's Apprentice", the poor Doctor was begging for mercy that would not be granted him. Having chosen to abandon an attempt to rescue a young Davros from a hand mine field upon realizing who the boy was (leaving him nothing but a sonic screwdriver), the Doctor — now presently a prisoner of the dying scientist and the Daleks on Skaro — helplessly watched as Clara, Missy, and even the TARDIS were exterminated by the Daleks.

In the cliffhanger, with nothing left to lose, he appears to be going back to that day to correct his great mistake. It is an act that would defy his chosen name and principles, effectively make him a god, and rewrite, if not destroy, the entire universe's history.

But is all as it seems? How does he get back to the past? And even at the Despair Event Horizon, can he bring himself to commit genocide? Is there another way he might remedy a mistake made in a moment of weakness and prove the true depths of his courage, strength, and compassion?

"So long as there is mercy. Always mercy."