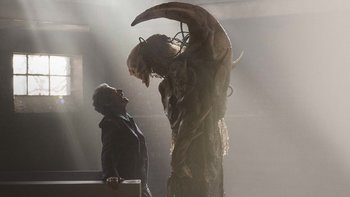 The Doctor vs Darth Maul. Who will win?
Click here to see the Radio Times magazine poster for this episode: 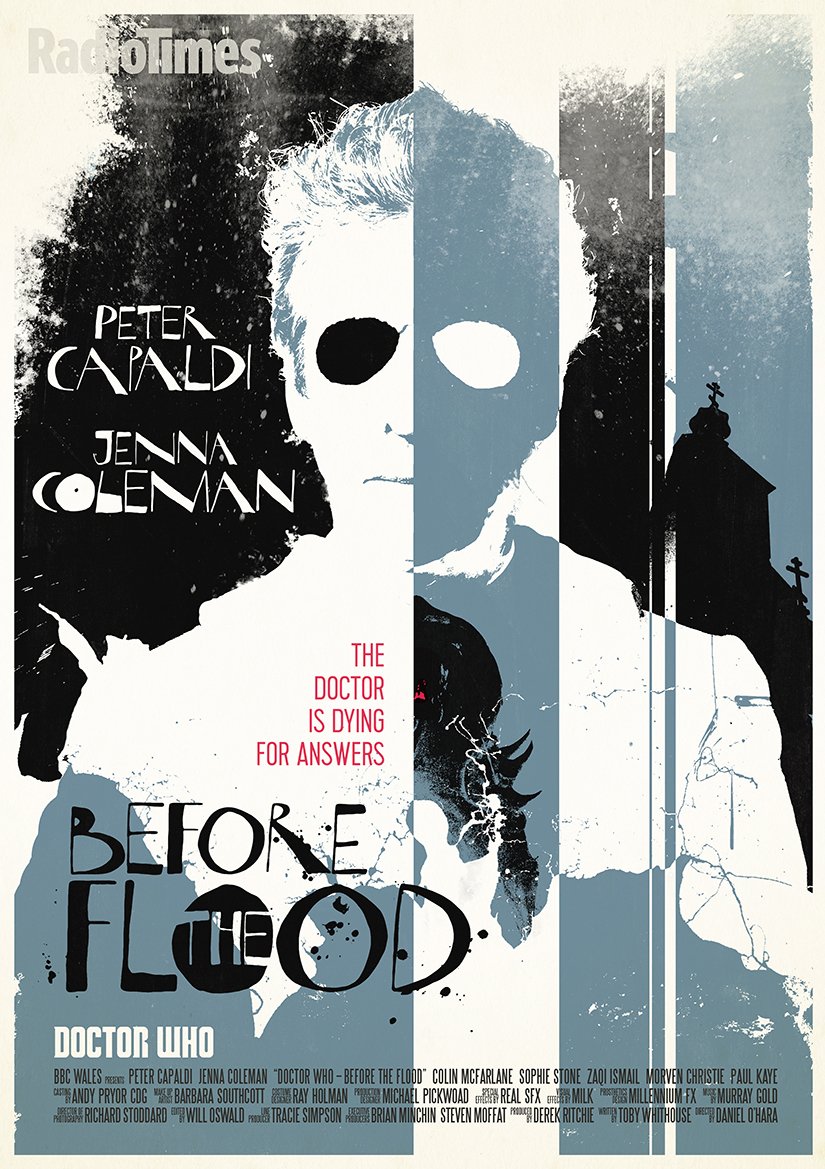 "That's the thing about knowing you're going to die: You've got nothing left to lose!"
"Who really composed Beethoven's Fifth?"
— The Doctor
Advertisement:

The one with a monster bellow provided by the lead of Slipknot.

The second episode of a two-parter written by Toby Whithouse.

The Doctor, Bennett and O'Donnell have gone back to the 1980s to investigate what happened when the spaceship landed, before the lake was created by a dam breaching — but Clara, Cass and Lunn had to stay behind, because they were cut off from the TARDIS by a flooded corridor. Sitting in the base's cafeteria, they saw a new ghost appear in the lake — the Doctor.

In the 1980s, at a fake town built by the British military to train for potential missions to the Soviet Union, the Doctor, Bennett and O'Donnell run into Prentis, the Tivolian who's a ghost in the future. He's still alive, and he's come to Earth to bury a recently-deceased conqueror of his planet, the Fisher King. He's doing it in the custom of Tivoli's current conquerors, the Arcateenians. After talking to him, the trio heads back to the TARDIS to confer. Prentis, after the conversation, returns to his ship to discover the Fisher King's corpse gone, and some familiar symbols carved in the wall...

Back in the TARDIS, the Doctor gets a phone call from Clara, telling him about his ghost. Cass has been trying to lip-read what the Doctor's ghost is saying, and it's not what the other ghosts are saying. He's repeating a list of names, starting with the people who have been turned into ghosts. And, of those still living, O'Donnell's next on the list.

Sure enough, when they go back into the village, and discover Prentis dead, and are chased by the Fisher King, O'Donnell bites it, and consequently appears in the future as a ghost. Who's next? Clara.

How will the Doctor save Clara, stop the Fisher King's plan and prevent himself from becoming a ghost?