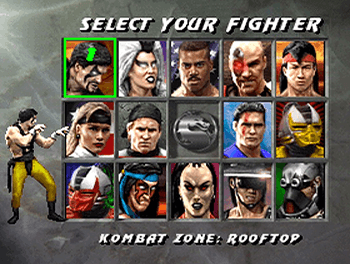 "BABA IS YOU"
— Baba Is You
Advertisement:

This concept represents the in-game character controlled by the player—as opposed to Non Player Characters who aren't. This is done to add a Fourth Wall to the game. Typically the game puts you in charge of at least one entity, but the extent to which that entity is an actual character, as opposed to being a Featureless Protagonist or Non-Entity General, depends on the genre, the game, the game's developers, and even (if Character Customization is available) the player him- or herself. Our page on Player and Protagonist Integration has more details on the different points along the scale that are possible here.

Sometimes, the term PC only refers to The Protagonist, particularly if they are created by the player, while NPC is used even for other party members who the player still controls but are preexisting characters within the game world, rather than a personal avatar. For more information on possible PC/NPC party configurations, see Player Character Calculus.

It's a curious thing, but most PCs in tabletop RPGs have a sort of personality archetype that applies regardless of the genre of the game the PCs are in or the personalities of the people playing them. They tend to be:

This largely stems from the PCs being the main characters in their story and, more importantly, knowing it.