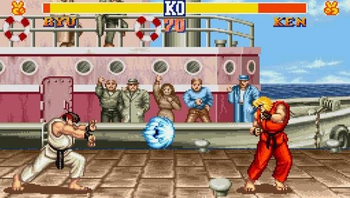 Note that the complicated interplay of stats, movesets, and mechanics in fighting games mean that most characters are best described as a combination of two or more archetypes, like a Big Body Trapper or a Rushdown Mix-Up.

Characterization and Other Tropes