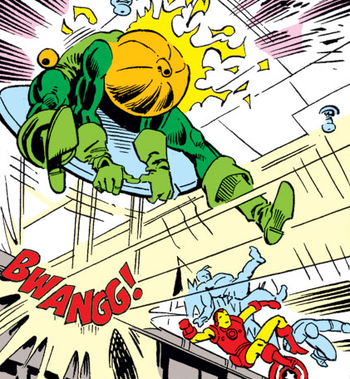 If a fight scene involves people with Super Strength or at least a Charles Atlas Superpower, it could lead to a character being Punched Across the Room or a Barrier-Busting Blow. Essentially, the action usually goes horizontally. A dynamic way to shake things up is to have a character throw or punch a character vertically into the ceiling. Not only do they bounce off the hard surface of the ceiling, but they fall back down to the floor, causing even more damage.