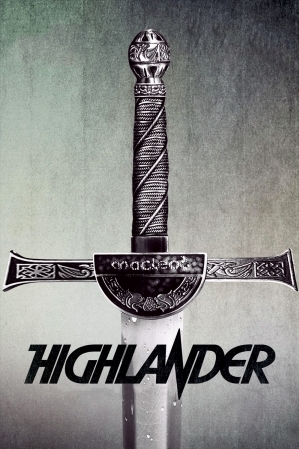 Here we are, born to be kings; we're the princes of the universe.
"In the end, there can be only one."
— The Immortals' motto
Advertisement:

A long-running Historical and Urban Fantasy franchise created by Gregory Widen (who wrote the original screenplay for the original film during his college days), about a rare collection of beings known as The Immortals. They can live forever, but with a catch: When one Immortal takes the head of another, the winner gets the loser's power, while the beheaded Immortal is dead for good. This power exchange manifests as an explosion of energy called The Quickening, in which everything within 50 yards blows up. They can only spar with each other one-on-one, and never on holy ground.

Drifting invisibly through the history of the world, they battle each other in swordfights until only one Immortal remains; the last one standing gets "The Prize", the exact nature of which is unknown.

The above paragraphs contain the agreed-upon facts. Beyond that, things get a bit fuzzy. Calling it "a canon" is being charitable; it's more of a series of Broad Strokes that define an assortment of films, sequels, spin-offs, and remakes, all with only one connecting concept and made with very little regard for continuity. But hey, who's counting?

The various film and television incarnations of Highlander include:

Highlander in other media:

Here are the character sheets for the film series and TV series.