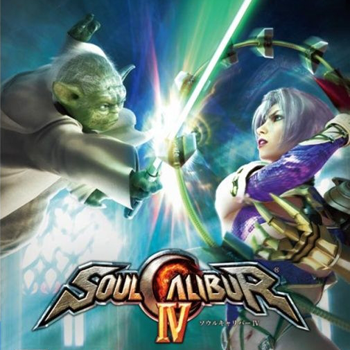 "Strong with the Force, you are. But not that strong."
Spawn: You've been to other dimensions?
Scorpion: Each has had its own injustices.
Spawn: Maybe that's why my soul still burns.
— Mortal Kombat 11
Advertisement:

A Guest Fighter is a character that doesn't belong in the setting who just shows up in a Video Game, especially a Fighting Game, much like a Special Guest on a TV show. It seems like if a fighting game hasn't had a full-blown Crossover, it has at least had a Guest Fighter or two.

Guest Fighters are quite the Base Breaking Characters; depending on who you ask, they are either awesome and hilarious because they're fishes out of water bringing all their superpowers and continuity nods to the conflict or detracting from the premise of the established fictional universe and/or a cheap cash grab because they're... fishes out of water. That being said, the Guest Fighters least likely to inflict base breaking are the fishes whose styles and settings are more in water, such as Link in Soulcalibur II, Freddy Krueger in Mortal Kombat 9, or Spawn in Mortal Kombat 11 or guests in Massive Multiplayer Crossover games in which case there is no such thing as a fish out of water. And even then, it's still not a sure bet.

In nearly all cases, those characters are Unexpected Characters and have achieved Just Here for Godzilla for fans of their original franchises, so Guest Fighter can be considered a subtrope of those.