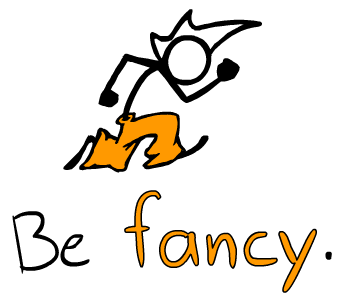 is a series of Platformer Web Games created by Brad Borne. The games concern the title stick figure with orange pants running around trying to wake a giant penguin (in World 1

), or fight off an invasion of ink monsters (in Super

While it started out on Newgrounds, it eventually made its way to the PlayStation Network and Xbox Live Arcade and earned its own website here

(as a New Game+ Secret Character).