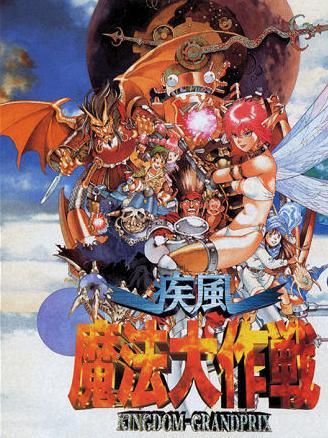 Drive To Death-Match Racing! They Gather Around The Prize! Chicken Is No Need!
The Mahou Daisakusen series is a series of arcade Shoot 'em Up games made by 8ing/Raizing taking place in a medieval fantasy steampunk world.
Advertisement:

The characters of the series additionally make appearances along with characters from other Raizing games in Armed Police Batrider.

The Mahou Daisakusen series contains examples of the following tropes: