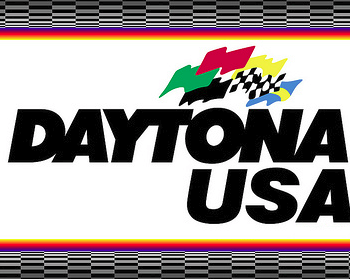 Daytona USA is a successful 3D Driving Game series created by Toshihiro Nagoshi and Sega's AM2 department and initially released in arcades in 1993 in Japan and 1994 for the rest of the world. The first game, probably the most well known of the franchise, found great popularity in the arcades, for its simple yet realistic controls (the arcade cabinets were fairly unique in that they were among the few to actually have a clutch pedal for gear shifting), NASCAR-like stock cars and up to eight multiplayer arcade cabinets. The original stands as the most successful arcade game in Sega's history.