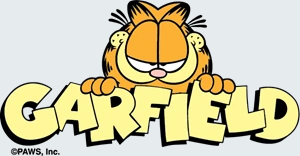 Since its conception, Garfield has become one of the most well-known and profitable comics out there.