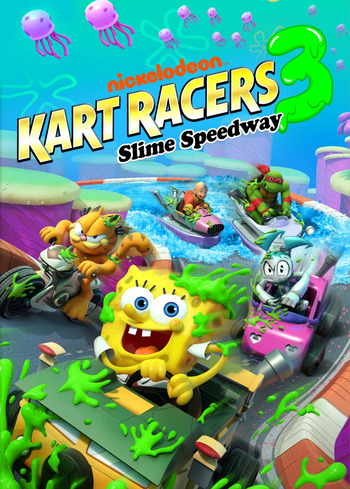 It's time to face the slime!
Advertisement:

Nickelodeon Kart Racers is a Mascot Racer featuring characters and locations from various Nickelodeon shows. It was developed by Peruvian studio Bamtang Games, published by GameMill Entertainment, and released on October 23, 2018 for the PlayStation 4, Xbox One, and Nintendo Switch.

Other shows represented include: