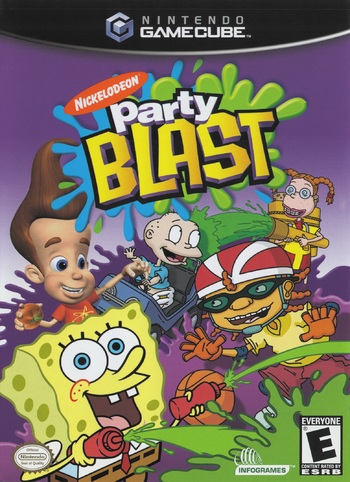 Nickelodeon Party Blast is a 2002 party video game developed by Data Design Interactive that was released for PC, Nintendo GameCube, and Xbox (a PlayStation 2 port was planned, but cancelled). Like most party games, it draws heavy influence from the Mario Party series and features various minigames.
Advertisement:

The following Nickelodeon shows are represented in this game: