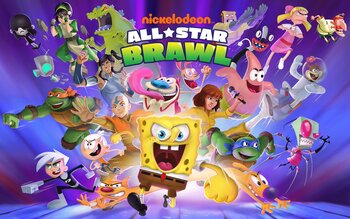 The game pits various characters from various eras of the Nicktoons franchise against each other in a brawl, from classic fare like Rugrats to more modern shows like The Loud House. The game launched with 20 characters and stages, along with an arcade mode and a multiplayer mode supporting up to four players.

The game was released on Nintendo Switch, PlayStation 5, PlayStation 4, XBox One, Xbox Series X|S, and PC (via Steam) on October 5th, 2021.

Fighters (and their home stages)note Click on the links with their names to see their moveset and stage showcase.