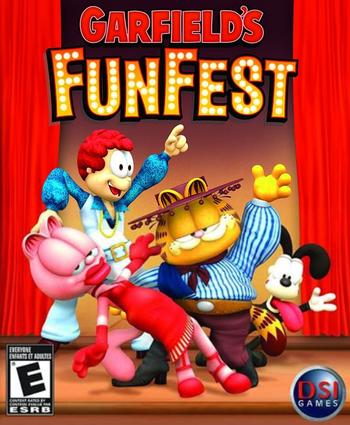 Garfield's Fun Fest is a 2D Action Platform Game developed by Black Lantern Studios, published by DSI Games, and released in 2008 for Nintendo DS. It is based on the CGI movie of the same name.

In the world of comic strips, the annual performance known as Fun Fest is coming up. Garfield plans to participate, but finds his routine in jeopardy when he loses his sense of humor and Arlene falls in with a suave new star known as Ramone. As a result, Garfield (with Odie by his side) sets off to find a magic pond that can make him funny again.