The main characters in Garfield are: 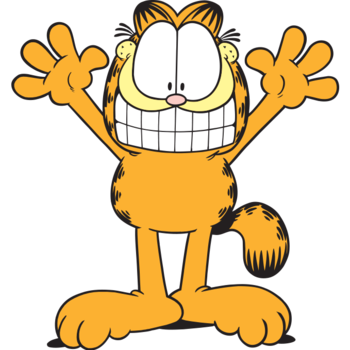 The strip's title character. Most of the time, he's a fat, lazy, cynical cat, with Jon being the main victim of his constant sarcasm. Many of the strip's gags revolve around his constant eating and/or sleeping, as well as offering plenty of sarcasm towards Jon and abuse towards Odie. 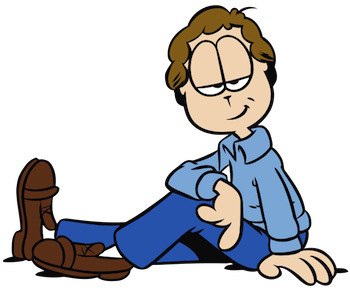 "You know, Garfield, sometimes I think my life has been a failure... that I'm a loser and a bore... but then I get out my lint collection and I know it's been worth it.'
Voiced by: Thom Huge (The Fantastic Funnies, all animated specials except Here Comes Garfield, Garfield and Friends), Sandy Kenyon (Here Comes Garfield), Wally Wingert (CGI film trilogy and The Garfield Show)
Portrayed by: Breckin Meyer (live-action films)

Garfield's owner, a (supposed) cartoonist who works from home, and the most prominent human in the strip. For most of the strip, he was a simple enough bachelor who cared for Garfield, but eventually grew to be portrayed as a stereotypical 'cat person' and total loser. His personality hit a watershed in the late 2000s when he and Liz finally became the Official Couple.

"That's not a dog, that's a tongue with eyeballs and feet."
Voiced by: Gregg Berger

Introduced in the strip's first year as Lyman's pet dog (see below), but later Retconned to be Jon's dog. He's pretty much portrayed as wide-eyed, drooling and dumb. 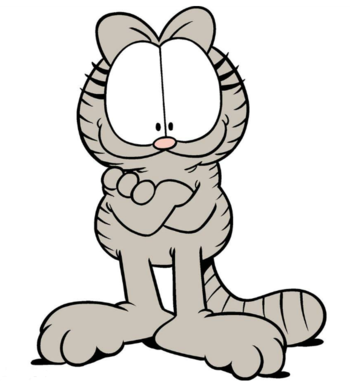 "It's not the veterinary medicine I mind. It's some of the animals I have to work with."
Voiced by: Julie Payne
Portrayed by: Jennifer Love Hewitt (live-action films)

Garfield and Odie's vet, and the frequent target of Jon's affection. Although Jon spent a good quarter century trying to date her with minimal success, she finally gave in. 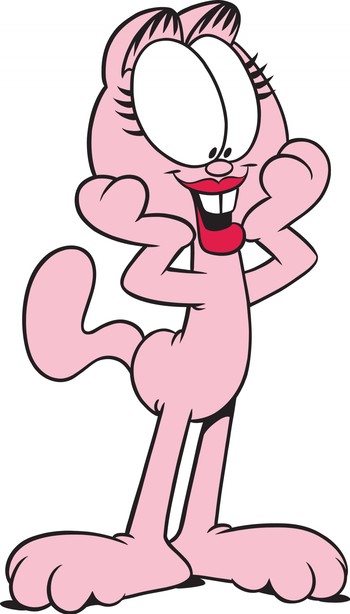 Garfield's on-again-off-again girlfriend. She first appeared in the strip in 1981, and has shown up occasionally over the decades. Most of her appearances involve Garfield trying to win her love (and failing miserably), or her trying to woo him, but Garfield being too full of himself to notice. She is distinguished from the other lady-cats Garfield has chatted up by her plain (though pink) coat, large lips, and gap-toothed smile.

Garfield's prized stuffed teddy bear that Garfield originally found in a drawer around the house.
Irma 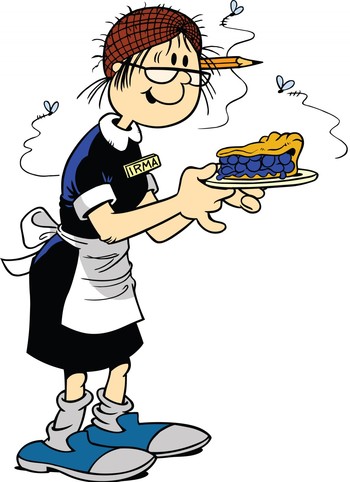 The waitress at a diner that Garfield and Jon frequently attend. In one of her earliest appearances, she declined serving Garfield because of a no-cats policy but the angry cat intimidated her into compliance.
The Arbuckle Family 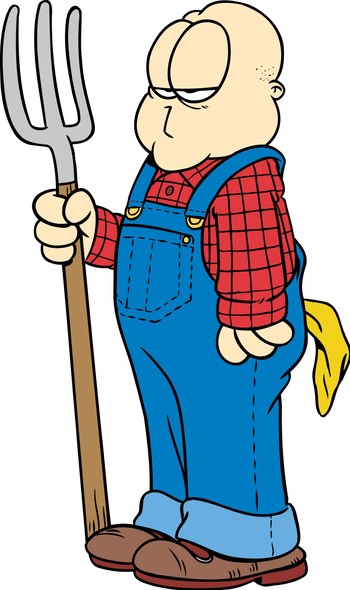 Jon and Doc's father who lives in a farm where Jon grew up.

Jon and Doc's mother. She always fixes too much food for her family and still treats Jon like a little boy. 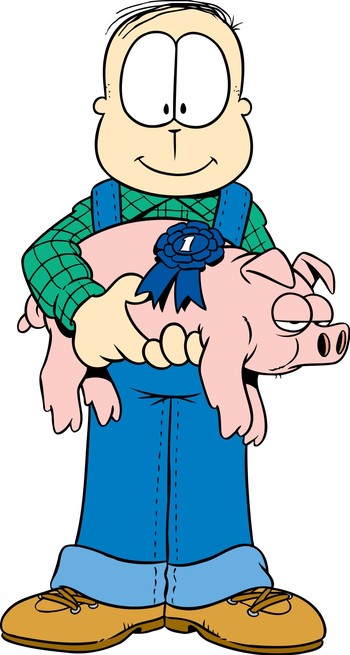 Jon's younger brother (and his only known sibling) who lives with his parents at the family ranch. 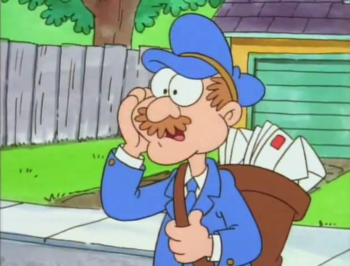 "Stand aside, cat. I know karate."
Voiced by: Gregg Berger

The mailman that Garfield tortures on a constant basis. 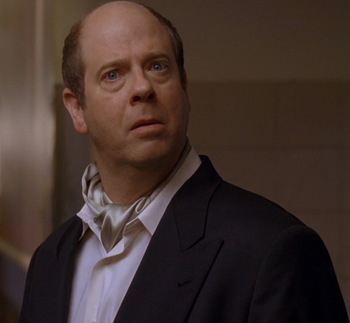 "Be happy!"
Portrayed by: Stephen Tobolowsky

The head of a talk show who has dognapped Odie. 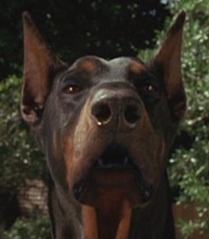 "Oh, no. Not the ducks again!"
Voiced by: Brad Garrett 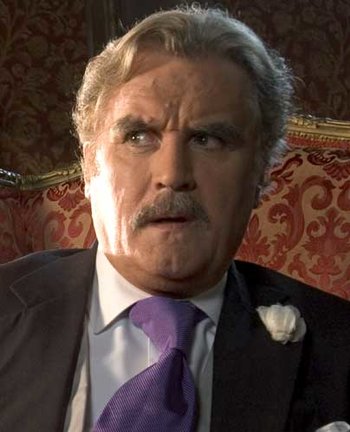 A British nobleman who wants to get rid of Prince. 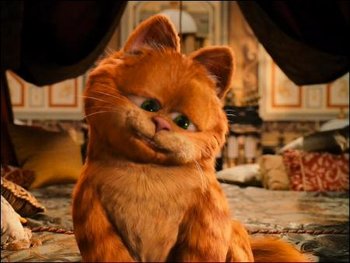 A royal cat who resembles Garfield. 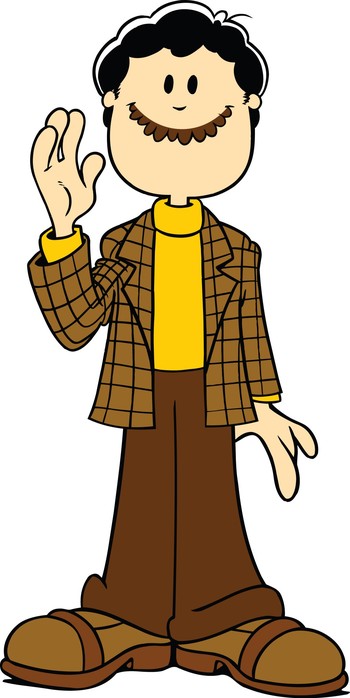 Jon's mustached roommate, who appeared two months into the strip. He was initially Odie's owner, and was intended to provide the role of someone that Jon could talk to, until Garfield took over in that role. As a result, Lyman totally disappeared from the strip.

An elderly couple living next to Jon. They frequently witness and comment on Jon's antics. Gradually disappeared from the comic since January 19th, 1992

. Also made an appearance in Here Comes Garfield.

A clown with no sense of personal space and no concept of an indoor voice who also hosts his own show.