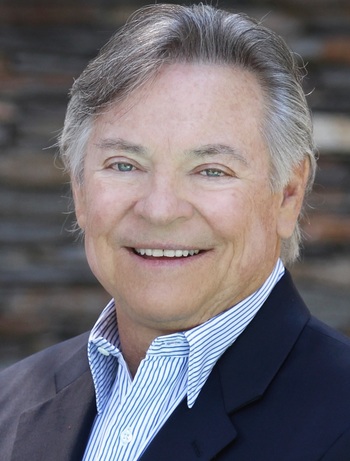 "Well, it was either this or college."
"Heroes? Frank Welker, Frank Welker and Frank Welker. He is hands down my most giant hero in the animation VO community. He is an amazingly gifted genius. He can create every sound that you might hear in a jungle: the drip of the raindrops, the wind rustling in the trees, and all of the inhabitants that you might encounter there. I love animals. I mean I love animals and Frank's great ability is that not only can he make the sounds of the animals; he can give them a true voice. I've done episodes of cartoons that had an environmental bent focusing on things like ivory poaching, global warming. He portrayed a mother elephant being torn from her baby by ivory poachers for her tusks. The mother's cry and the baby's anguish were all there in Frank's voice. Captain Planet did a show centering on puppy mills and what he did in that show... there wasn't a dry eye in the house. I've heard him do dozens of sensitive performances through the years and he always, always delivers something so special and unique and moving."
— Kath Soucie
Advertisement:

Franklin Wendell Welker (born March 12, 1946) is an American voice actor. He is responsible for a broad spectrum of character voices, and other vocal effects that have appeared over the last 50 years in American television and motion pictures.

Welker ranks third (only behind Samuel L. Jackson and Harrison Ford) in the "All Time Top 100 Stars at the Box Office", not as a box office draw, but in terms of the total revenue generated by the films in which he has participated, for the sheer number of voices he has done — over 1,200 — ranging from his work on Scooby-Doo to the present day. (In fact, besides The Movie and the 1988-91 series A Pup Named Scooby-Doo where Carl Stevens did the voice, he has been the only voice of Freddy since the beginning.) Go look him up on IMDB

. Depending on your monitor resolution and DPI settings, his résumé is anywhere from 50 to 60 pages long. It'd be easier to list the works where he hasn't performed...

As it should be, Welker's reputation is astounding and alongside Mel Blanc, he is likely the most famous voice actor in the world. He is revered as a legend by many in the industry. Welker's ability goes beyond creating human voices and he is often cast as animals and used for animal vocals, where he has an uncanny talent at imitation. If the movie or show has any sort of budget and it has a regular animal character, he probably does the voices for it. His actual speaking voice sounds like a slightly lower-pitched Fred from Scooby-Doo; he's joked in the past "I always say that Freddie is me after one too many cups of coffee."

Welker hasn't been entirely on animated shows, either. Animal sounds or otherwise "beastly" characters in live-action work also keep him in high demand. As an interesting side note, he provided the voice of a screaming Spock in Star Trek III: The Search for Spock, while Leonard Nimoy took on the role of Galvatron (an altered Megatron) in Transformers: The Movie. Welker also cameoed in The Informant! as the father of Matt Damon's character.

Due to high demand for his animal voice work, Welker more often plays a side character than The Hero unless it's Garfield, Fangface, Curious George, Scooby Doo or Fred Jones. His most famous high-profile work has been Scooby-Doo as Freddy (and Scooby since Don Messick's death), The Transformers as Megatron and Soundwave, and more recently the voice (both speaking and non-speaking) of Nibbler in Futurama.

One interesting little story about Welker is that he was nearly included in some cartoon's credits for voice work, until the guys remembered that no, they'd used an actual horse. He's just that ubiquitous. In terms of voice acting, he's very much a Memetic Badass.

Frank Welker has provided voices for:

And many, many more. Frank Welker is a Man of a Thousand Voices (probably even more than Mel Blanc, with whom he worked over 20 times).

Cri-Kee, the cricket sidekick of Mushu and the luck charm for the Fa family.

Cri-Kee, the cricket sidekick of Mushu and the luck charm for the Fa family.