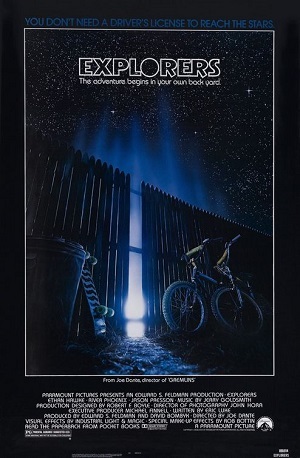 Ben Crandall (Ethan Hawke) keeps having a dream about traveling over a circuit board. He then draws it and shows it to his brainy friend Wolfgang (River Phoenix), who builds the board which is able to create a force field bubble. The two boys, along with help from their new tough friend Darren (Jason Presson), decide to build a spaceship out of old amusement park ride parts that when used with their new found technology gives them the ability to travel into space. Another dream gives them the schematics to create oxygen out of thin air.

They create a spaceship and call it the Thunder Road, and they fly into space. Not long afterwards, they explore an alien spacecraft that they get sucked into.

The movie contains examples of the following tropes: