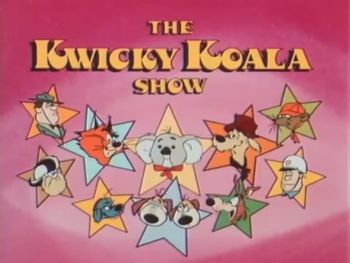 Supporting segments featured the Bungle Brothers, a canine duo who sought vaudeville stardom; Crazy Claws, a witty wildcat who lived in a national park and was hunted by the fur trapper Rawhide Clyde, and Dirty Dawg, a canine vagrant who, with his rodent sidekick Ratso, sought "the pot of stew at the end of the rainbow".