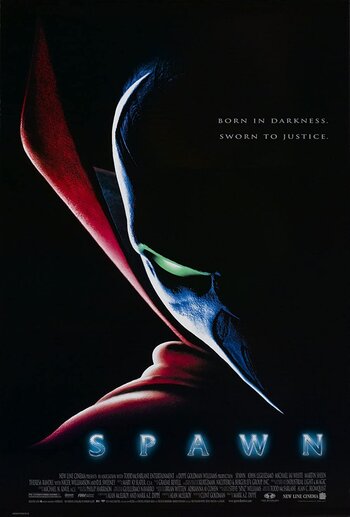 Born in darkness. Sworn to justice.
Spawn is a 1997 American superhero film based on the Image Comics character of the same name. Directed by Mark A.Z. Dippé, the film stars Michael Jai White in the title role, alongside John Leguizamo, Martin Sheen, Theresa Randle, D.B. Sweeney, and Nicol Williamson in his final film role.
Advertisement: