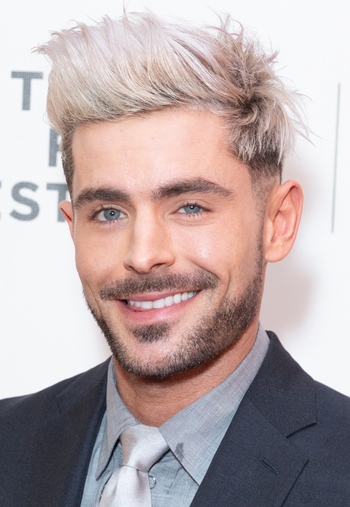 Zachary David Alexander Efron (or Zefron, born October 18, 1987) is an American actor and singer whose first (and most famous) major role was as Troy in High School Musical. Since then, some think that he has branched into a more "serious" actor with better performances. He often plays the Big Man on Campus.

He dated HSM co-star Vanessa Hudgens for four years. They split in late 2010; both attribute the breakup to simply growing up.

He may also be Kira, and is quite the charismatic humanitarian.