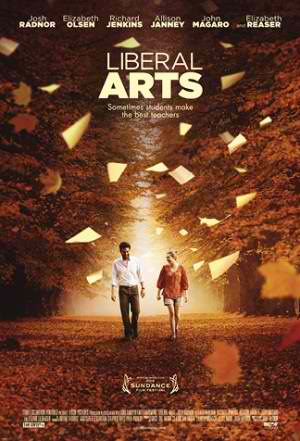 As he somewhat lost his passion in life, Jesse Fisher, an admissions officer at a New York City post-secondary institution who loves English and literature, has a chance to find that passion again when he is invited to the retirement dinner of his second favorite Ohio University college professor, Peter Hoberg (Richard Jenkins), as his time there was when his life held the most passion. Jesse's encounters with five people there may determine if he does find that missing passion. They are: Hoberg, who is resisting the notion of retirement; Judith Fairfield (Allison Janney), Jesse's favorite professor, although for a different reason than his like of Hoberg; Nat (Zac Efron), a free spirit who navigates life at the institution on his own terms; undergraduate student Dean (John Magaro), who Jesse sees as a younger more destructive version of himself; and undergraduate student Zibby (Elizabeth Olsen), who is seemingly wise beyond her years and with whom Jesse embarks on a relationship despite their sixteen year age difference.

The film premiered at the 2012 Sundance Film Festival in January 2012 and was met with generally positive reviews.