Not Named in Opening Credits 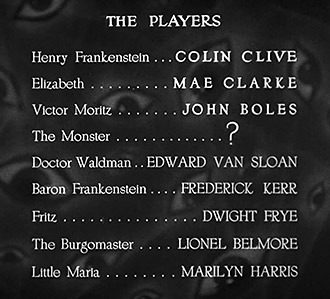 In which Boris Karloff does an Alan Smithee.
Advertisement:

If you want to surprise the audience, you don't put the name of the actor for the surprise character in the opening credits.

This is not to be confused with actors who aren't listed in the OBB for reasons of space when a show has lots of characters.

Contrast Spoiler Opening (when something in the opening of the show ruins a surprise) and Spoiled by the Cast List (when the actor for the surprise character is listed in the credits).

If the actor isn't mentioned in any credits, it's an Uncredited Role.

See also Sir Not-Appearing-in-This-Trailer and Character as Himself.