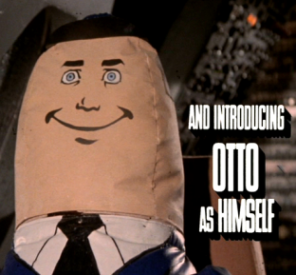 When a TV show gives a fictional character billing in the credits as himself. Frequently done as a joke or to give additional verisimilitude to a "based on a(n) (un)true story", although it can also be used to hide a spoilerific cast change. Another reason this is done is if the "character" in question is an inanimate object, animal, or otherwise not actually played by an actor, or if the media is targeted towards children and the specific character is a mascot popular with children credited as playing themselves to maintain the illusion to the youngsters that the character is a real person.

Compare Not Named in Opening Credits and Animated Actors.