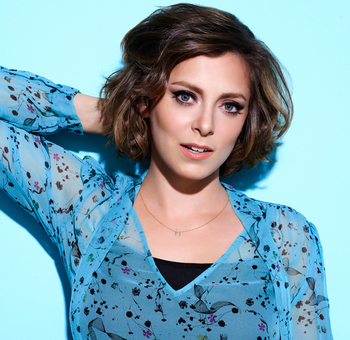 Bloom is best known for her work on the CW musical dramedy series Crazy Ex-Girlfriend, which she co-created, wrote for, produced, and acted in. For her role as Rebecca Bunch, she won a Golden Globe in the Best Actress – Television Series (Musical or Comedy) category.

Prior to her breakout in that series, Bloom gained notoriety for her satirical music videos on YouTube. "Fuck Me, Ray Bradbury" —a raunchy ode to the science fiction writer— was a finalist for a Hugo Award for Best Dramatic Presentation in 2011. That song (as well as others) are featured on her first studio album, 2015's Please Love Me.

, for the Flash / Supergirl musical episode "Duet", which was released as a single on iTunes.