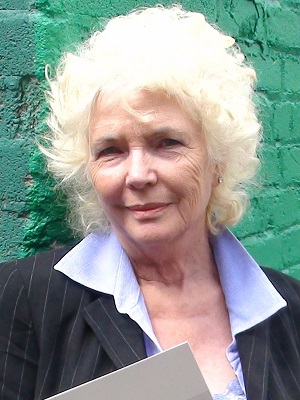 "I think it’s so much harder now to have a career as an actor. I’m so grateful that I grew up in Ireland when I did and got my start on the stage. I think it’s very difficult today."
Advertisement:

Fionnghuala Manon "Fionnula" Flanagan (born 10 December 1941 in Dublin, Ireland) is an Irish actress. Born and raised in Dublin, the daughter of Rosanna (née McGuirk) and Terence Niall Flanagan. She grew up speaking both Irish and English fluently. Although her parents were not Irish speakers, they wanted Fionnula and her four siblings to learn the Irish language. She was educated in Switzerland and England. She trained extensively at the Abbey Theatre in Dublin and travelled throughout Europe before settling in Los Angeles, California in early 1968.

Award-nominated and well-regarded by critics, she has also made many appearances in cult television like Lost and Defiance.