No Animals Were Harmed 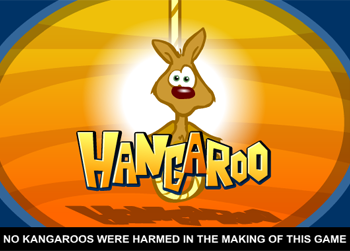 But many were hanged during the playing of this game.
"NO DOGS WERE HARMED DURING THE FILMING OF THIS EPISODE. THE CAT GOT SICK AND SOMEBODY SHOT A DUCK BUT THAT'S ABOUT IT."
— The Simpsons, "Dog of Death"
Advertisement:

"No animals were harmed" is a standard message displayed at the end of movies, and in Hollywood movies is awarded (and trademarked) by the American Humane Association. It means exactly what it says.

In the early days of Hollywood, safety procedures were pretty lax, even concerning actors. It would be a bit of a bore to find someone who looked enough like your leading lady at short notice. But unless you need your Wild West hero to do some show jumping, there are a dozen bargain-bin nags which you could afford to risk damaging with trip-wires. It was very common for animals to get injured, and no great loss to anyone if they did. Well-trained animals were an exception, incidentally, often getting better treatment than the human actors.

In particular, according to The Other Wiki

, a scene in the 1939 film Jesse James, wherein a blindfolded horse was ridden off a cliff to its death, is the direct cause of the founding of the American Humane Association's film division (the trademark holder on the phrase "no animals were harmed"), and the "No animals were harmed" language dates directly to the controversy over that movie.

After a while, sensitivities changed, safety improved and it became worth letting people know that the animals you used did not end up getting shot and used to make glue, so the "No animals were harmed" disclaimer is now seen in virtually all major works that use animals. More recently, with the advent of computer-generated effects, it's become possible to show animals coming to harm without having to involve any actual animals at all. In such films, "No Animals Were Harmed" is usually accompanied by a phrase to the effect of "Scenes showing harm to animals were simulated."

Parodies of the message have become a common Credits Gag, often citing some other group who were not harmed (commonly whatever fictional creatures are featured in the movie), or making specific exceptions to the rule. It's also common to state that while the animals may not have been killed, they did receive some minor injuries, or to stress that while no animals were killed or injured, humans on the other hand... It may also be used as a form of Captain Obvious in cartoons or puppet shows where, obviously, no real animals were involved in the making at all.

Note that the phrase refers to animals specifically in the colloquial "non-human mammals" sense. "No human beings were harmed in the making of this film" is a phrase you will never see outside of this sentence.note Well, it was a Couch Gag in the Futurama episode where Fry dates a robot, but you get our point. Human actors (or crew for that matter) applied of their own free will, they should at least in theory know what they were getting into, and they have their own organizations (such as OSHA and the Screen Actors Guild) to watchdog their safety concerns.

Compare Our Lawyers Advised This Trope and No OSHA Compliance. No Celebrities Were Harmed and No Communities Were Harmed derive their names from this trope but are not otherwise directly related.

Example of:
Never Work with Children or Animals