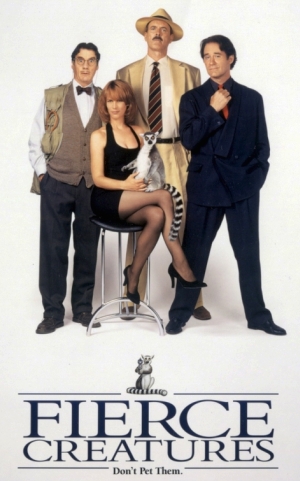 Fierce Creatures (1997) is a Spiritual Successor to A Fish Called Wanda, starring the four main players from the earlier film: John Cleese, Jamie Lee Curtis, Kevin Kline, and Michael Palin. The movie was written by John Cleese and directed by Fred Schepisi and Robert Young.

The story concerns a British zoo recently acquired by Australian businessman Rod McCain (Kline) and put under the management of Rollo Lee (Cleese). In order to boost profits, Lee decides to institute a "fierce creatures" policy that means that only potentially deadly animals will be featured in the zoo. He then has to justify his actions when his bosses, Rod's son Vince (also played by Kline) and sexy Willa (Curtis) arrive.