Literature / From a Certain Point of View 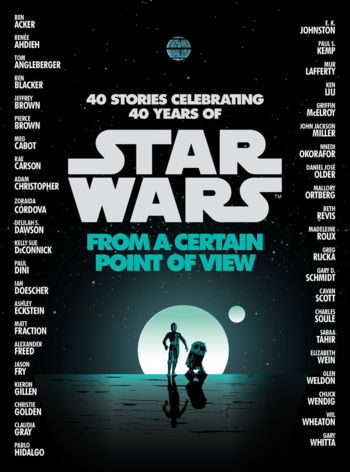 From A Certain Point of View is a collection of short stories from the Star Wars franchise, with 40 different stories written by 40 different authors from the perspective of numerous characters during the events of A New Hope. It is a replacement of sorts to the Legends work Tales from the Mos Eisley Cantina.

Stories (in chronological order) are:

Tropes in this collection include: