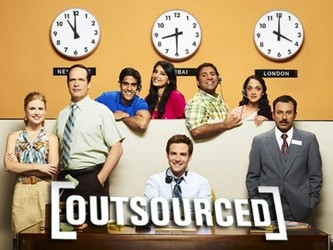 Based on the 2006 independent film of the same name, Outsourced was a short-lived (2010–11) NBC Work Com about an American heading up a call center in India. Its one and only season can be seen in its entirety