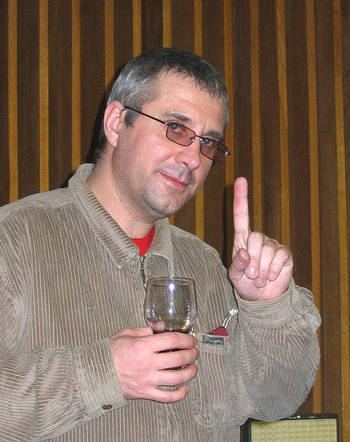 Vladimir Vasilyev (born 1967) is a fairly well-known Russian Science Fiction and Fantasy writer. He is most famous for co-authoring the novel Day Watch with Sergey Lukyanenko, as well as writing his own spin-off novel The Face of the Dark Palmira in the same 'verse (with Lukyanenko's permission). Additionally, he is known in Russian-speaking countries for his Big Kiev series, an Urban Fantasy setting with humans living alongside various fantasy races and sentinent machines.