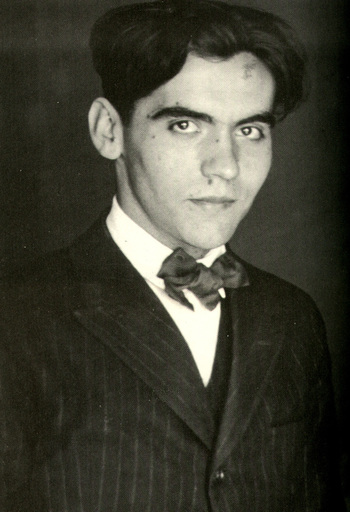 One of the most famous Spanish playwrights from the 20th century, García Lorca was an icon of his era. Born in 1898, he’s still one of the most known members of the Generation of '27.

His plays always dealt with death, unrequited or impossible love and full of angst, themes that resounded quite well in his own life; a tormented man that never seemed to found true happiness and could only exorcise his own demons through writing.

He also wrote a lot of poetry, along the same lines. However, by the end of his life he started to focus more on plays, so his poetic production started to decay.

García Lorca was friends with both Salvador Dalí and Luis Buñuel. However, the relationship between them eroded after Dalí rejected his advances and eventually ended with the release of Un Chien Andalou, that García Lorca took as a personal attack (he was an Andalusian).

His life was tragically cut as soon as the Spanish Civil War broke out. He was detained barely a month later by the fascist rebels and executed. His grave has not yet been found.

Works of Federico García Lorca on the wiki:

Tropes in the works of Federico García Lorca: