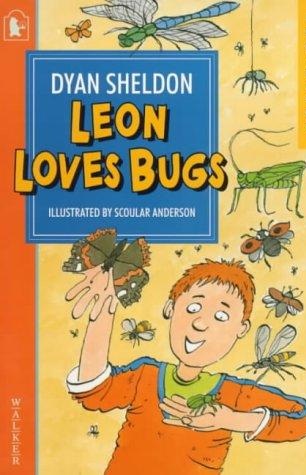 Even bees, Leon?
"There must be a pet here that will fit the ticket!
How 'bout a ladybug, or a cute cricket?"
— Fluttershy, My Little Pony: Friendship Is Magic, "May the Best Pet Win"

Typically, the Animal Lover archetype will gloss over bugs' status as animals, so it's often expected that only a bug will be a friend to a bug. Not always, though. A character that is a Friend to Bugs adores even (or perhaps especially!) the insects, like a pet owner adores any other pet.

Because this involves being affectionate toward creepy-crawlies, the unstoppable force of the stereotype that women hate any insect other than butterflies meets the immovable object of the expectation that guys aren't affectionate toward animals. The result is that this trope tends to be gender-neutral but rare. Male examples often fall under Boys Like Creepy Critters.

They may or may not be able to control the bugs to aid them. Not to be confused with Beetle Mania and/or Bug Catching, which explicitly describe interest and collection but not necessarily endearment. Also not to be confused for being friends with a certain cartoon rabbit. If the bug dies, it's usually played for laughs in a Black Comedy Pet Death.