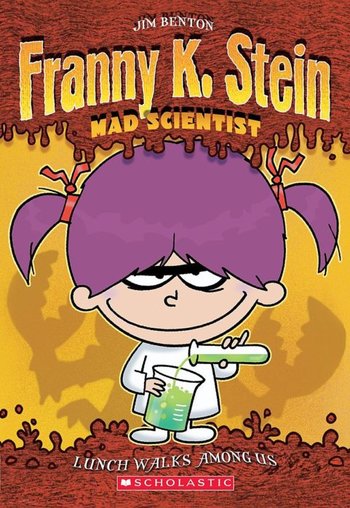 Not your average mad scientist.
Advertisement:

Franny K. Stein is a series of children's chapter books by Jim Benton, who also wrote Dear Dumb Diary. They focus on Franny, who at the tender age of seven is already a practicing mad scientist who turned her own room into her lab. With the aid of her assistant Igor, a dog, Franny is constantly performing experiments. Unfortunately, due to Franny's relative inexperience with life, she rarely thinks her experiments through. This usually leads to all kinds of trouble, which Franny and Igor then have to fix.

This book series contains examples of the following tropes.