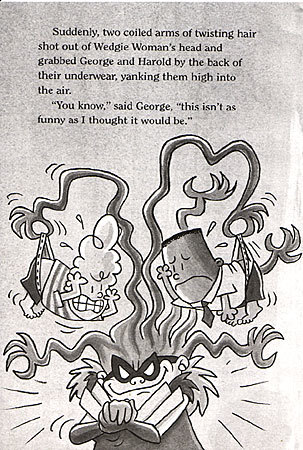 Feel the wrath of the wicked Wedgie Woman!
Advertisement:

A classic prank, in which some poor sap gets their underpants forcibly yanked up and wedged between their butt. A staple of schoolyard bullies it is also sometimes incorporated into the arsenal of tricksters and similar comedic fighters, and is sometimes used for fanservice.

Subtrope of Groin Attack and Amusing Injuries. Watch out for the Negative Space Wedgie.