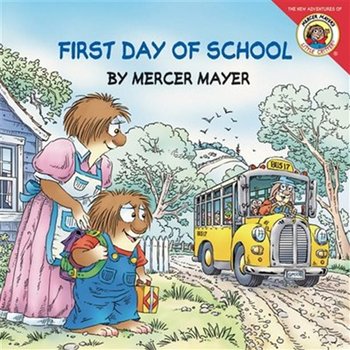 Logically, everyone who has been to school has had a first day, and this is when that happens.

Sometimes, it's their first day at a particular school and they're a New Transfer Student, while other times, it's a young child and it's their absolute first day of school.

If it's a child, they may be nervous, or reluctant to go to school, but will generally learn An Aesop about how school is important and/or fun. They may not even want to leave afterwards. It's complete opposite is the "Last Day of School" Plot, which revolves around a character's last day of school. Also contrast Freshman Fears, which focuses about the struggles of students at their first year, and Senior Year Struggles, where the focus is the end of the last year.

Luz attends her first day of magic school at Hexside and is torn when she's forced to join a single coven.

Luz attends her first day of magic school at Hexside and is torn when she's forced to join a single coven.