Attack of the 50-Foot Whatever 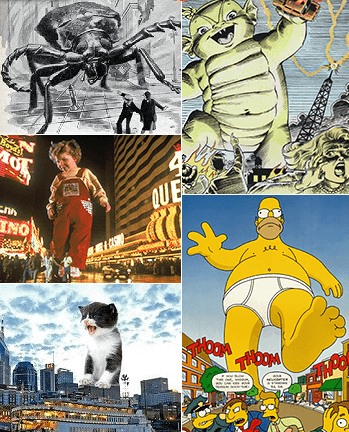 Note that, in real life, no living organism of such a size can exist (the dinosaurs were the biggest land animals ever, but their actual size was nowhere near the likes of King Kong or Godzilla as we see them in the media). As an animal gets bigger and bigger, it must use more and more resources of the body (bones, muscles, etc) just to sustain itself on its feet, and will require higher quantities of food. See here