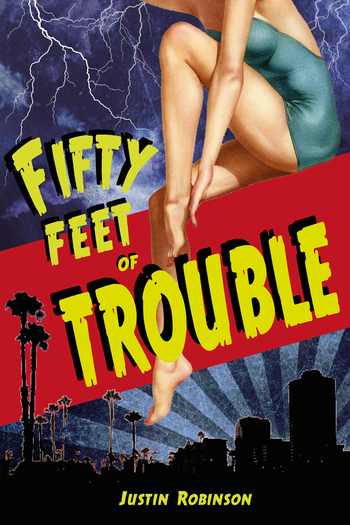 Presumably, those go all the way up.
It's 1955 Los Angeles. Monsters rule the world.
Advertisement:

The last human detective in the City of Angels is looking for a missing girl, a missing woman, and a missing toad, not necessarily in that order. As the title suggests, in this installment, Nick Moss starts running into the larger monsters in the B-movie canon.

is the sequel of City of Devils.