Title of the Dead 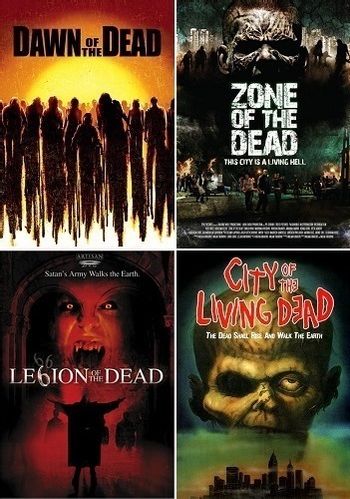 Titles including the phrase "of the [Living] Dead". You can almost always expect zombies to be involved.

A Sub-Trope of The X of Y and The Joy of X. See also Tropes of the Living Dead.

Compare with Doomy Dooms of Doom.

Examples of the Dead: