Video Game / You Are Empty 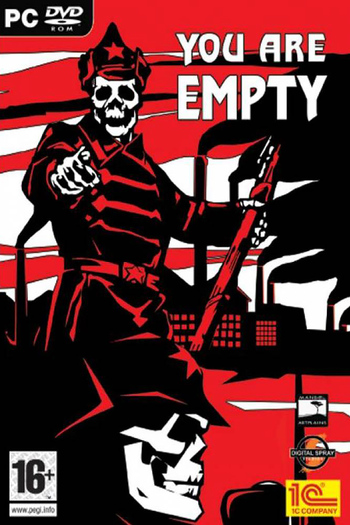 You Are Empty is a post-apocalyptic First-Person Shooter set in 1955 in an alternate history Soviet Union where Joseph Stalin is still ruler. The game was released in 2006 in Russian and in 2007 in English by Atari.

The protagonist is a soldier who guards some sort of factory. When his shift ends, he gets hit by a truck and wakes up in a hospital full of homicidal and horribly-deformed nurses and patients. The protagonist leaves and then must wander through a moody soviet countryside and then city, fighting mutated and insane people and animals in order to figure out what happened. Atom Punk Soviet Superscience seems to be to blame...

You Are Empty provides examples of: