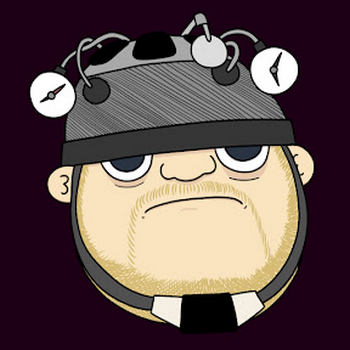 The Pinnacle of Online Entertainment

Civvie 11 (also known as Civvie's Dungeon) is a YouTube channel focusing on video games. Civvie reviews retro games from the First-Person Shooter genre, modern shooters inspired by retro FPS games, and the occasional film, typically adaptations of the games he's covered. His "Pro" series features humorous overviews of Civvie's experiences playing certain games. In other words, they're a scripted hybrid of a review and Let's Play.

Most of the videos in the channel follow a loosely strung narrative where Civvie, or CV-11, is incarcerated in a facility run by the so-called 'Department of Special Corrections', where he is treated very inhumanely, but has access to a computer system and an unseen editor (CV-16, also known as Katie). Intros, outros, and various beats in between the actual game review are usually punctuated by gags about the facility.

You can find his channel here.