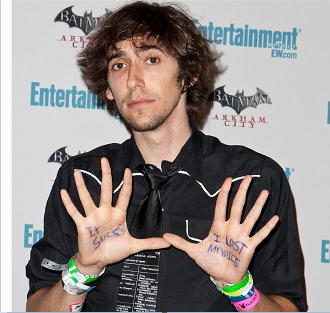 Landis is personally known for releasing a series of short films and videos, including the well known "educational parody film" The Death and Return of Superman

, in which he recounts Superman's infamous death and return with the help of numerous celebrity friends. He followed up in 2015 with Wrestling Isn't Wrestling

, an exploration of professional wrestling through the kayfabe story of Triple H's career, with the wrestlers portrayed by female models. This film actually impressed both Triple H and his wife Stephanie McMahon so much that it earned him a position as a creative consultant for WWE Raw.

Landis is known for his eccentric personality, possessing a frequently bizarre fashion sense, an ability to spontaneously

, and a near-encyclopedic knowledge of comics and film. He has attracted controversy on several occasions for his significant social media presence, apparent high opinion of his own work (frequently blaming others for any problems in his films), sense of entitlement, hipster lifestyle, supposed It's Popular, Now It Sucks! mentality and comments made at the expense of Star Wars: The Force Awakens that were perceived by many as sexist.

In the late 2010s, multiple accusations of serious emotional and sexual abuse were made against Landis, as well as allegations that his behavior was known in the entertainment industry but protected due to the connections of him and his father. As a result, his star power and influence has dwindled since. While he largely stayed silent on the matter, he has released several essays on his stance regarding the allegations and his ensuing public fallout that can be read on his Medium

where he remains active.