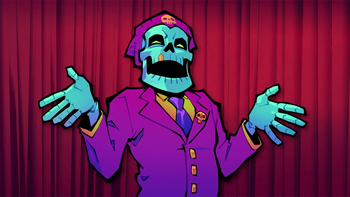 also produces edited playthroughs of games while Matt is intoxicated and occasional Let's Plays, usually with a guest commentator of some kind.
Advertisement:

He is also the producer of The TakeOver

Series on this channel: