Spoilers for all preceding Shenmue entries will be left unmarked. You Have Been Warned! 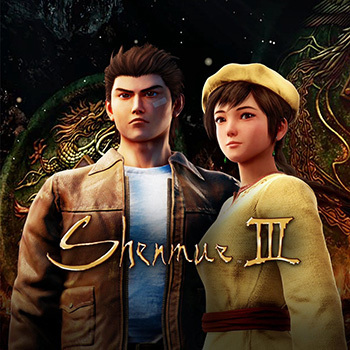 Shenmue III is the long-awaited third entry of the Shenmue series, developed by YSNet and published by Deep Silver. After 18 long years, the game was released on November 19, 2019 for the PlayStation 4 and PC through the Epic Games Store, with a Steam release following in November 2020. Series creator Yu Suzuki returns as the game's director, and many other key figures who worked on the previous two games also return.

At the end of Shenmue II, our hero Ryo Hazuki arrives in Guilin, China, in his relentless pursuit of the man who murdered his father, Lan Di of the Chiyoumen. Shortly afterward, he rescues a young girl named Shenhua Ling, a mysterious girl he had previously seen in his dreams, and she repays him by accompanying him to Bailu Village where she also happens to live. When he joins her on an errand, they discover that their encounter is part of a prophecy predetermined since ancient times, and together, they decide to uncover the mystery of the Dragon and Phoenix mirrors, the connection their fathers had to them, and why Lan Di is in pursuit of them.

Along with Bailu Village, Ryo's journey will also take him to Niaowu in Baisha. What mysteries and dangers await Ryo in Guilin? Will the mysteries of the mirrors and his father's past be revealed? Will Ryo finally come face to face with Lan Di and avenge his father's death, or will he lose himself or his life in a showdown against the man that killed him?

After the release of Shenmue II in 2001, the future of the series was left in limbo as Sega made no announcements regarding the continuation of the martial arts saga, following weak sales along with being the most expensive game ever created at the time of its release. Attempts to revive the series with online and mobile spinoffs proved to be unsuccessful, and Yu Suzuki found his position within Sega being greatly diminished as a result, leaving fans to fear that the story of an epic saga would be Left Hanging.

As years passed and fans pleaded for a way to bring the series back, Yu Suzuki shocked the world at E3 2015 with the announcement of a crowdfunding campaign for Shenmue III through Kickstarter. Its initial goal of $2 million was reached within nine hours, broke the record for the fastest project to surpass one million, and currently holds the record for the highest funded video game at $6,333,295. Following the campaign, it later surpassed over $7 million in extra funds.