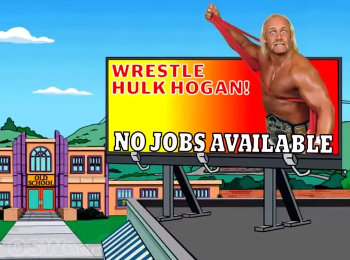 Jay Hunter, Steve (Mr. OOC), and Steve (V1) are three Irish lads who came together originally to "chronicle the Hulkamania Era pay-per-view by pay-per-view", beginning with their Wrestlemania review on May 13th, 2011. After finishing this original mission, they moved on to "chronicling wrestling story lines," first the story of David Arquette's title reign in WCW; then the juxtaposition of the high point and last gasps of ECW; the merging of the WWF and WCW, leading up to WrestleMania X-7; the Dungeon of Doom storyline in WCW; "The Black Reign Saga", chronicling TNA in 2007; "The Lex Express," "The New Generation" reviewing WWF events as the company heads into the high doldrums of the mid-1990s and the attempts to build the WWF around a new generation of talent like Bret Hart, Shawn Michaels and Diesel. A few reviews of movies, television shows, and other specials are sprinkled in there as well. Currently the lads are doing one shot reviews en route to the 100th episode afterwhich a new arc will be selected.

The reviews consist of a round table discussion with video painstakingly edited by Jay (who says it takes about 50 hours of editing per review). Starting in 2014, the lads started recording reviews of video games and the latest pay-per-views in order to up their content output.

To date, they have reviewed:

"It's your Trope-Page Main Event!":

So it's a goodbye from V1Sign Off Take a boo., OOCSign Off Boo-doo., and myself, Jay Hunter, and remember... a winner is you.