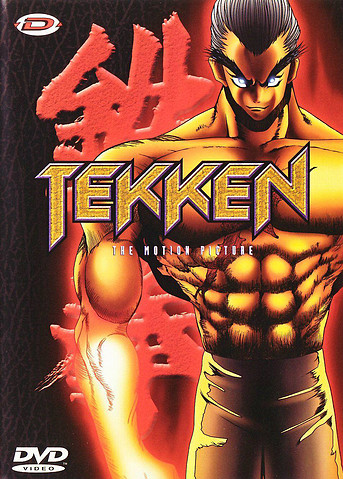 An anime based on the fighting game franchise Tekken, specifically the first two games. Originally released as a two-part OVA, the parts were edited together for the western release as a movie.

Multi-billionaire Heihachi Mishima is having a fighting tournament on the island which is the base of his operations. This attracts many fighters, including Jun Kazama who has come to investigate Heihachi's suspected illegal activities and Heihachi's son Kazuya, who wants revenge for being left for dead in the past by him.

This anime has examples of: